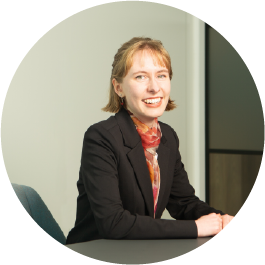 With strike action set to continue this week, Rishi Sunak may be showing some signs of movement, with a possible one-off payment floated ahead of talks with nursing unions later today. The chief executive of the Royal College of Nursing said last week that it could accept a pay rise of around 10% – around half of what it was originally calling for.

Further afield, yesterday we saw thousands of Jair Bolsonaro supporters storm Brazil’s parliamentary complex in scenes reminiscent of the storming of the capital in Washington almost exactly two years prior. Security forces have regained control of the congress building and Bolsonaro has since tweeted to condemn the protest.

In this week’s View from the Street, Tom  Gillingham takes a look at the ups and downs of the first month of the year, and at how PRs can make use of “January newshooks”. 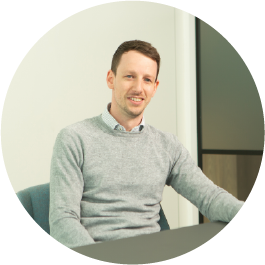 Happy new year. As we stumble into 2023’s first bank holiday free week, the true horror of back-to-work diaries will unfurl in earnest.

While the exact nature of meetings, email overload or – if you’re really lucky – cost-saving Christmas parties will vary, some milestones seem to crop up with reassuring consistency each January.

Two that spring to mind are ‘Dry January’ and ‘Blue Monday’. They are, for different reasons, notable examples of communications campaigns that have become media cornerstones in this bleakest of months.

‘Dry January’ celebrates (with sparkling apple juice, you’d assume) its tenth anniversary this year. With numbers soaring from 4,000 UK sign ups in 2013, to 130,000 in 2022, it’s a reasonable assumption that this year will set another new record.

As behaviour change campaigns go, the concept is deceptively simple. The combination of tapping into a pre-existing trend – namely the (often short-lived) desire to better oneself after a period of festive excess and wrapping it up in positivity, has proved a winning formula. The campaign has also boosted its effectiveness by garnering a wide base of support, from Public Health England, right through to various drinks industry bodies and businesses.

At the less positive end of the January spectrum is ‘Blue Monday’. Styled as the ‘most depressing day of the year’, it falls on the third Monday of each January, and still manages to be the hook that launches a thousand PR pitches.

Interestingly, the science behind this is… sketchy at best. The concept first appeared in 2005, as part of a transparent ploy by Sky Travel to sell more holidays. Since then, its creator has issued an apology, but there’s a twist. As proof of Blue Monday’s inescapable PR gravity, it came as part of a January press release aiming to – you guessed it – sell more holidays, this time from Virgin in 2018.

Even in 2023, new articles aiming to roundly debunk the concept and the popularity of searches for is Blue Monday real? show its enduring click-worthiness. As with Dry January, its success is based on a degree of alignment with what people may already be feeling, but unlike Dry January, Blue Monday is generally framed negatively.

Freed from its underwhelming origins, Blue Monday lives on as a fixture in the calendar with just enough pseudo-science to allow all manner of companies, brands and copywriters (and me) rely on it as a crutch in January. However, amidst the current cost of living crisis and its associated pressures, don’t be surprised if a clumsy use of this tired comms staple results in a brand or reputational crisis.

If replacement ‘January newshooks’ are being sought, I’d like to advocate for the continuing disregard of ‘National Hat Day’ (15 January) in the UK. We may be waking up in the dark, feeling glum at dubious allocated days of misery and bemoaning the legacy of festive excesses, but at least we don’t have to do so whilst enduring fun headwear.