Top 5 tips to help you become a better media spokesperson 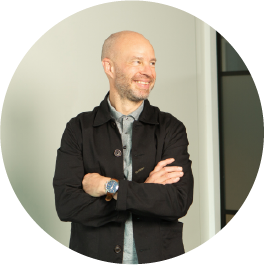 The ability to communicate effectively with the media is a skill that, like any other, needs to be learned and then practised. Even the most experienced media performers benefit from refreshing their skills regularly and the best time to do so is when you are under no immediate pressure to perform. When a crisis breaks, you will not have the luxury of time to prepare before you need to act. With this in mind, we’ve decided to share with you our top five media training tips to help you kick-start your new year’s resolution to be a better media spokesperson in 2023.

In the late 1960s, Professor Albert Mehrabian researched the different factors at play when we humans judge someone at first blush. He formulated the 7-38-55% communication rule, to describe the contribution made to that initial impression by content, tone of voice, and visual impact respectively. You may despair at how shallow we humans are or believe Mehrabian exaggerated the effect, but it is inarguable that how we look – a combination of appearance and body language – has a huge influence on the way we are perceived. So, take time to consider how best to articulate your argument, by all means, but make sure you’ve ironed your shirt and brushed your hair before you do so.

The best interviewees can explain complex ideas or situations in pleasingly straightforward terms, helping viewers, listeners, or readers understand a concept they might previously have struggled with, or providing a compelling eye-witness account of a notable event. The worst spokespeople forget their audience and talk in terms that may be familiar to them and their colleagues but are alien to those who do not live and breathe that subject matter each day. If your goal is to be understood rather than show off how much you know, keep sentences short and simple, use everyday words and phrases, abandon the acronyms and ditch the double Dutch.

Anticipate the most difficult questions you can expect to be asked and be prepared to answer them. Most audience members will give you more credit for tackling a tricky subject head-on, even with an imperfect answer, than if you try to manoeuvre your way around it or ignore the question entirely. Don’t be this guy. Or this guy. Be more like this guy.

4. …but don’t forget to make your point

That’s not to say you should be led entirely by the interviewer. You should know in advance the most important two or three points you want to land during any media interview and be clear in your mind how you will work them in to your answers. Use engaging facts and figures to support those key messages where appropriate and think about real examples and anecdotes that help illustrate your points, to make them relatable for your audience, and to give colour to your responses.

A decade or so ago, when RBS was regularly being hammered in the media for its treatment of small businesses, Peter Ibbetson was more often than not the spokesman wheeled out to defend the bank’s actions and describe what it was doing to support those customers. When broadcasters lodged their interview requests with us in the press office, other candidates would hastily make themselves scarce, saying “Peter will do it, he’s a natural”. It’s fair to say he was a brilliant spokesman, but to put it down to innate ability is to underestimate the effort Peter expended in preparing for every media engagement. Those who said it came easy to him didn’t see the hours of practise he put in, rehearsing his key messages, testing possible soundbites, and finding the most accessible ways to explain things. Time spent in taxis on the way to television and radio studios, encouraging us to test him with the most challenging or impertinent questions he might face that day. You’ll never look back and think you spent too long preparing for a media interview but many people have found, to their cost, that the opposite is true.

If you’d like to make the most of any media opportunities in the year ahead, you can view more info here, or get in touch to learn more about our half-day media training workshops and tailored support for spokespeople.