View from the street: Tunnelling togetherness and bridging the gaps 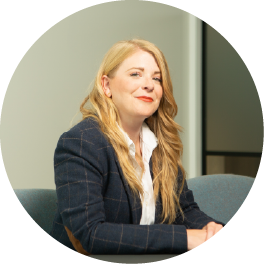 As we look to the week ahead, familiar themes of strikes and the strain on the NHS dominate the headlines, accompanied by the known details of the tragic drive-by shooting in London and a plane crash in Nepal.

Prime minister Rishi Sunak says amendments to the Public Order Bill will be tabled to crack down on disruptive protest. Under these amendments, police would not have to wait for disruption to occur before shutting down a protest.

Meanwhile, business leaders meet in Davos to discuss the global economic uncertainty that the World Economic Forum has called a “polycrisis”.

In this week’s View from the Street, Fergus Mcgowan looks to a familiar source of inspiration to solve Scotland’s connectivity problems. 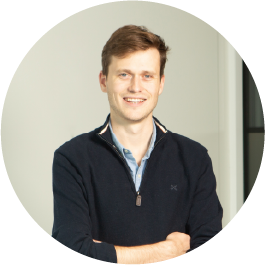 The Scottish government often, and understandably so, draws comparisons and aspires for Scotland to be more like our Nordic neighbours, with greater productivity, wealth, and economic prosperity framed as the potential prize of Scottish independence. And in a sense the SNP is right. Nordic countries look to have their act together; engaging in grown-up debate and facilitating cooperation between parties and nation states.

However, similarities aren’t just political, or aspirations to become a more equal and inclusive society. The terrain on which people in Scotland find ourselves living isn’t too dissimilar. Fjords and glens, like knives, cut through the landscape, and islands dot our coastlines: obstacles inhibiting the movement of people, the flow of commerce, and the ability to supply public services. But how we have attempted to tackle these barriers is where the similarities stop. Scotland, which has primarily focused on ferries to act as the lifeline between island communities and the mainland, is yet to see the full benefits of connectivity. Our Nordic neighbours, by comparison, have been more strategic.

In Scotland, we have a view that islands will always be unreachable without ferry crossings, susceptible to breakdown and cancellation due to our stormy weather at the edge of Europe. But countries to our north have taken the challenge of taming the remoteness of their islands with the creation of a vast network of tunnels and bridges. Norway has the goliath project which links islands to the mainland. Denmark and Sweden, in a symbol of unity and Nordic cooperation, built the Øresund bridge connecting their two countries, which harnesses the benefits of both tunnelling and bridges to make a world spectacle.

You may ask, how many tunnels are there in Scotland? There is only one, the Clyde tunnel in Glasgow. Measuring over 700 metres, it pales in comparison to the scale of infrastructure across the North Sea. Norway has 34 tunnels greater in length, and the Faroe Islands, a population of 50,000, has 19, which is part of a nationwide project to combine all inhabited islands.

So, what’s stopping Scotland from following this same strategy? Nothing short of political will and breaking the cycle that sees governments fail to look beyond its shores. There has been progress in the last year, though. The Scottish government has proposed a fixed crossing linking the mainland to the Isle of Mull, and the UK government has conducted a fact-finding mission to the Faroes to learn from their success. But this is just the beginning of the process, with no real commitment to unlock the full economic potential of our islands and reverse population decline.

We must stop treating islands as unconquerable, distant places that are bound to suffer from the disadvantages of remote public services, difficulties in doing business, and lack of opportunity for the next generation. Removing our reliance on unfixed links like ferries and looking outwards – and learning from our Nordic friends – would give certainty to communities that need a long-term, reliable solution.

Our weekly View From the Street, alongside a useful look-ahead to the coming week, is sent to our subscribers every Monday morning. To get it first, sign up on our website,  scrolling down to “Subscribe to our briefings”.